The Burnet Institute invites you to attend the Centre for Research Excellence into Injecting Drug Use (CREIDU) annual Colloquium on 16 July 2012.

CREIDU’s vision is to improve the health of people who inject drugs through the generation of new evidence and the development of tools for translating research into policy and practice.  The Centre is funded by the NHMRC.

With an interactive format and exciting mix of speakers the Colloquium is designed to draw together researchers, affected communities, policy makers and practitioners to discuss research findings and their implications for policy and practice.

The Colloquium is highly interactive, with expert presentations and opportunities for audience participation. Dr Nicholas Lintzeris is a Clinical Associate Professor in Addiction Medicine at the Central Clinical School at the University of Sydney and also works at the Langton Center, NSW Health. 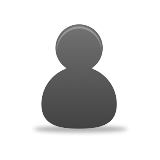 The PAMS (Pharmacotherapy Advocacy Mediation and Support) program at Harm Reduction Victoria is a telephone based service that provides information, support, mediation and advocacy for people involved in opioid replacement pharmacotherapy. Harm Reduction Victoria Inc is a community-based, membership driven organisation with a mission to advance the health and rights of people who use illicit drugs. Dr Michael McDonough has been working as a specialist in the Drug & Alcohol field for over twenty years and is currently employed as Director, Addiction Medicine & Toxicology at Western Hospital. Dr. McDonough is a Foundation Fellow in the Australasian Chapter of Addiction Medicine (FAChAM) within the RACP and has completed postgraduate training in Clinical Toxicology. He has research interest in the area of assessment and management of drug toxicity. In January 2010, he was appointed as Chief Adviser in Addiction Medicine to the Department of Health (Vic). Angleo is the owner of two community pharmacies, with over 20 years of experience working with methadone and buprenorphine opioid replacement therapy. Angelo's goal is to change negative community attitudes towards this treatment. In 2008, Angleo produced a documentary, "Fighting the Dragon with Luck", which tells a moving story of addiction and treatment. It has been screened nationally as well as in London, Barcelona, New Delhi, New Zealand and the USA. Angleo was awarded the Pharmaceutical Society of Australia Pharmacist of the Year in 2008 in recognition of his 'passion, outspokenness and creativity'. Angleo's work has triggered wide-scale changes to the way Australia is helping recovering drug users. Siobhan combines translational research at the Burnet Institute with clinical work as a General Practitioner in a variety of community settings. She is an Advanced Trainee of the Australasian Faculty of Public Health Medicine and her particular interests include the social determinants of health, drug and alcohol and psychological medicine, communicable diseases including sexual health, and the health of culturally and linguistically diverse communities. As a clinician and coordinator Siobhan has previously worked with resource-poor populations in the tribal regions of Eastern India (New Hope Rural Leprosy Trust), North West Pakistan and in the Gaza Strip and the West Bank (Médecins Sans Frontières).